Do you have a gaming headset and if so what brand/type? TurtleBeach Px21's

Game/s that you are currently active on:Black Ops

Competitive Gaming experience: Been playing competitive for around 3 or 4 months now and have improved heaps since i started playing Ps3 in January. I started playing on 6A with a team called Rogue Assasins who were just competitive on that ladder to start and we were pretty solid until the leader had to go to the Army so the clan was postponed for a while so i joined Exiled who were also pretty competitive when i was playing for them which was around 2 months ago then also the leader left for a while because he was moving house. Impact Gaming is the team im currently in on BOPS and were 10th on the ladder and in Pro Finals.

Tell us a little bit about the kind of player you are: loves a good rush and strat nade haha but im pretty calm and relaxed when playing have a good sense of humour and very good at communicating when serious

How Active are you?:every day

Is there a certain time you have to get off cod each night? weekdays at around 9

Why would you like to join Epidemic?: Because ive watched and seen you guys in full flight and thats the level i wanna play at and the communication skills and players you have.

Were you recommended by anyone? If so, who?: ZAPN

What would you like to gain/expect out of Epidemic if successful?: Win games, make good bonds and friendship and take gaming serious

Facebook (Optional):
Dylan Jordan
If there's anything that you would like to add, please do so here: ZAPN told me to put an application in here because you guys might be joining Ps3 again for MW3 and im very keen on joining

Firstly you're retarded.
Second you're retarded.
third you can't be 10th and be in pro finals :/ in saying that you would be lucky to win inters tbh. Core 5 or VLR 2G.
Fourth Even if EP was to go back to ps3(which is very unlikely but i can hope) EP would be looking at making top 4 and i can guarantee you that you are easily another 6 months off that kind of skill level(admittedly i'm probably a bit off it as well). but please go ahead prove me wrong. get picked up by Mf or bD and let them teach you cheers.
Fifth you're retarded.
sixth Bols and lols.

not to mention that if IPG were around season 1 BO or mw2 at all they would struggle to make top 16 so if you think you are good for making 10th on an inactive ladder then honestly check yourself and think about what will happen when all the teams that hate bo conme back and tear up CGo.

apologies btw. Needed to be said though.

hahaha wow i just got told to put this in dont need to go off at me like that. sorry i made a typo & i was never apart of IPG till season 3 so i dunno what your talking about ..

not to mention that if IPG were around season 1 BO or mw2 at all they would struggle to make top 16 so if you think you are good for making 10th on an inactive ladder then honestly check yourself and think about what will happen when all the teams that hate bo conme back and tear up CGo. 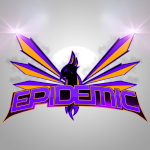 This application has already been discussed. Sorry mate, bol in your search.

Got abused by this guy countless of times. For a 5hour pug ban gg.

remember that time you pug banned me for a month?

Fucking nearly died. can't imagine what 5 hours would've been like :/